Source and Goal: The Ascendant 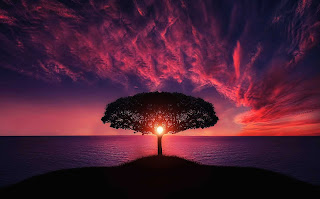 The Ascendant is the unbounded consciousness that everything comes from. It has many names or even could be called the nameless One. The name, Ascendant, just allows each of us to have a new experience of it, rather than come from all the ideas and beliefs about it that have come down through the eons.

In Ascension, we begin the Teaching with talking about innocence.  As we teach Ascension, we remind the student that we do not look for, or try to have certain experiences.  We just allow whatever happens to happen.  This allows us to begin to move deeper into the Source – the Ascendant.  Yes, there will be by-products in the manifest world when we Ascend.  However, our goal is to move ever more deeply into the Source, have a direct experience of It, become more familiar with That, and begin to live life from the Center of the Universe.

Ascension works because it is completely natural and follows natural laws. Nature provides an excellent example of how Ascension works.  In the Midwest, there exists almost no original prairie lands.   Where there is now just clay, rocks and relatively lifeless lands, people are beginning to replant prairie grasses. The first year, very little growth is seen above the surface.  Underneath however, begins to grow an entire root structure with large tap roots.  This completely changes the nature of the ground underneath, softens it, and makes nutrients more available.  The second year, with this foundation in place, the prairie may grow up to 18 feet high, new wild life is attracted and everything begins to be enlivened around it.

This is an excellent example of how Ascension works – developing tap roots and developing higher consciousness. Ascension actually restructures the mind to tap into higher consciousness.  The more we practice, the more we can tap into that Infinite Source that brings All Good to our lives.   From that, the by-products are endless because they are all coming from the Source – the Ascendant. 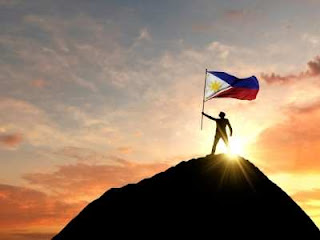 Listen to Podcast on this

Bruce Lee had a birth defect that may have precluded him for martial arts; one leg was 1 ½ inches longer than the other. In a field that considers balance and symmetry a requirement, Bruce Lee pushed beyond all limitations; he developed his own style of martial arts that could accommodate his “weakness” and became the top of his field.

Our limitations live only in our mind. Some people are testing and breaking previously held limits. This article explores a way to jump start the process of living your ultimate potential. Going past the norm has some shared neurological processes that can be sped up, honed, and supported with simple mental techniques known as The Art of Ascension as taught by the Ishayas.


In the 1940’s, Abraham Maslow studied some the most successful people, those that lived outside the norm. He found they all had similar experiences and from that he coined the term, peak experience. The peak experience is universal; it is experienced across all cultures. It appears at the most unpredictable times -- staring at the stars in the mountains, listening to the ocean waves at sunset, while jogging, and an endless number and variety of other human experiences. An individual in a peak experience perceives:

·        functioning effortlessly and easily without strain or struggle, all separateness from the world disappears

·        being without inhibition, fear, doubt, and self-criticism

The above words describe the experience of expanded awareness.

After studying the peak experience for about 20 years, Maslow created a new theory; he believed individuals climbed a ladder, what he called a “Hierarchy of Needs.”  Some people eventually reach the top need, to self-actualize. Later in life, he recognized that not all the lower rungs needed to be fulfilled. In studying self-actualizers, Maslow found they had more peak experiences than most people. Self-actualizing people are interested in moving from one peak experience to another, realizing their ultimate potential. As they pursue their personal evolution, they flow their ever-expanding growth out and into the lives of others.

You may believe you have not had a peak experience; but consider the quite common experience of “falling in love.”  The experience of overlooking the flaws of your loved one and of seeing “the best” in the loved one also fits within the description of expanded awareness. When you fall in love, your brain releases chemicals such as dopamine, endorphins, and oxytocin. They produce a physiological response that includes an expansion of awareness. In expansion you are pumped up with neurotransmitters that feel good. They make your brain function at its best.

Maslow considered the top rung of expansion to be a by-product of stress dissolving. As stress dissolves, one develops emotional intelligence, is more spontaneous, humorous, appreciative, and accepting of self and others.

Stress is a common experience in modern life. Stress is a physiological response when our perceived needs are not met. In a Yale 2012 study, a major stress event such as the death of a loved one or job loss was shown to shrink the prefrontal cortex, the anterior cingulate and the insula, parts of the brain that are responsible for emotion, decision making, self-control and goal achievement. These continued to shrink for each additional major stress event a person experienced. Dr. Daniel Goleman said, “Stress makes us stupid” because stress, in a nutshell, shuts down the thinking part of the brain so that we can respond to threats instinctively and reflexively. This leaves few resources for creativity, a functioning immune system, good digestion, the anti-aging process, or self-actualizing.

In order to move from the life of stress to the experience of expanding awareness requires a change in the structure of the brain and the nervous system. It must change from an experience of stress and limitations to perceive it as an opportunity to gain experience. Carol Dweck, a research neurologist from Stanford University, in her book, Growth Mindset says, it requires erasing or supplanting old limiting belief patterns into a new expanded way of being, with the desire to expand being a bigger desire than the desire to be right.

Rewiring the brain and nervous system based on new experience is called neuroplasticity. Neuroplasticity is the ability of the brain to form new connections and pathways and change how its circuits are wired; neurogenesis is the even more amazing ability of the brain to grow new neurons (Bergland, 2017). Our brains are truly extraordinary; unlike computers, which are built to certain specifications and receive software updates periodically, our brains can actually receive hardware updates in addition to software updates. Different pathways form and fall dormant, are created, and are discarded, according to our experiences.

Unlike past beliefs in brain science, Eric Knudsen showed in his research that the mind can be equally malleable in a 40-year-old as in a child!  It is possible to become our own neurosurgeon at any age, to change the way the brain operates. Carol Dweck  put it this way, “It’s not that we are born smart, average, or dumb, but the brain is more like a muscle, it changes and gets stronger when you use it… You’re in charge of your mind. You can help it grow by using it in the right way.” The difference between the adult’s malleability and the child’s is one of focus and inner direction. The child’s malleability is non-focused, but the adult brain’s malleability requires focus.

According to Dr. Andrew Huberman, “For people that want to change their brain, the power of focus is really the entry point—and the ability to access deep rest.” The repetitive change in neural activity patterns lead to a reorganization in neural circuits, which produces long lasting functional change. As we adapt, our brains dispose of unused or unnecessary neural connections while strengthening and preserving those that are used frequently. This activity is called synaptic pruning and occurs only during deep rest.

Dr. Huberman goes on to note specifically, “PET (Positron Emission Tomography) studies support the idea that a period of stillness each day, anywhere from 5 to 10 minutes of physical stillness, combined with some gratitude, creates a neurochemical signature in us that involves dopamine release as well as serotonin and oxytocin release. It’s kind of like [what] MDMA or ecstasy is designed to do but obviously without ingesting anything.”

The Art of Ascension is unlike other meditations. While many meditations and relaxation techniques are now available promoting the ability to improve our lives, each one has a different aim and research shows they have different outcomes. The purpose of Ascension is to rewire the brain and nervous system, bringing it to optimal levels. It expands awareness and produces alertness while giving deeper rest than is possible with sleep, all while it is opening awareness to an experience of orderliness that lies deep within yourself.

The deep rest can be measured as decreased blood pressure, decreased oxygen consumption, carbon dioxide production, and a lower respiratory rate, all exceed what is possible in sleep, mindfulness, hypnosis, apps, etc. A review of 37 studies shows it is an integrated psychophysiological response and is successful in erasing stress, thereby reducing hypertension, insomnia, anxiety, pain, and medication use across multiple populations.

It also incorporates praise, gratitude, love, and compassion, upward spiraling emotions that assist in the expansion of awareness. So, the Art of Ascension charms the mind during every phase of transformation. The mind is always greedy for more experience, more love, more peace, more knowledge. When used regularly, the Ascension techniques facilitate continued expansion.

It is one thing to experience periods of stillness with the eyes closed in periods of meditation. It is quite another thing to incorporate a tool that can be used throughout a busy, hectic life. Neuroscience has coined Hebb’s rule which states, “neurons that fire together wire together.”  Rick Hanson explains, first, as your brain changes, your mind changes. Second, as your mind changes, your brain changes. Many of those changes are fleeting, as your brain changes moment to moment to support the movement of information. But many are lasting, as neurons wire together: structure builds in the brain. Mental activity is like a spring shower, leaving little traces of neural structure behind. Over time, the little tracks in the hillside draw in more water down, deepening their course. A kind of circular self-organizing dynamic gradually develops, and then the mind tends to move increasingly down that channel, and soon enough you have a gully.

To add to the power of the Art of Ascension, you can use these mental techniques throughout the day, interrupting any negative “gully” patterns. It is possible to retrain the mind so that the deepest gullies are those that lead to expansion of consciousness, to liberation rather than stress.

We know that what we focus on grows. In the beginning workshop of The Art of Ascension, you learn 4 perfect thoughts, called Ascension Attitudes, which align with all the forces of good in the universe. The three-fold structure of the Ascension Attitudes, used consistently, causes each of the three primary aspects of our personality -- our hearts, our minds, our bodies -- to move in the direc­tion of growth.

These 4 perfect thoughts are universal to all humans and are taught in a First Sphere course, over 2 ½ days. www.ascensionintheworld.com provides more information in blogs, videos, and calendars of events, such as free online zoom sessions as well as calendar of learning events and retreats to further your practice.