Can my brain heal my body?

Can my mind heal my body? 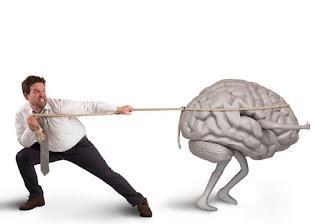 
“Can my mind heal my body?” That’s what Dr. Michael Mosley, a British science journalist, TV presenter, and author wanted to know. So he created a study with BBC to find out.

He invited people with incurable back pain to join the study for a new analgesic. He chose 117 people who had tried everything from morphine to tramadol, many had been hospitalized, all without relief from their pain. He told them that half of them would receive a new trial drug and the other half would receive a placebo. In truth, everyone on the study was given a placebo made of ground rice. Everyone was required to create a daily video diary of their results.

The study was very thorough in masking the placebo. Even the bottles of inert substance were labeled, “keep away from children”. The pills were blue and white striped because that’s what research shows evicts the most pain-killing effect.

Jim, a 71 year old, had become an invalid, sitting in a wheel chair all day, due to his pain. At the end of the study, he said in his video he had not had any pain since he began the program and even stood up out of the chair, walked a few steps, and claimed fantastic results.

Unsurprisingly, they were shocked by the truth: “I can’t believe I’ve been taking nothing, yet I feel so wonderful”; “Something’s working. I don’t know what it is, but whatever it is I hope it carries on working.”
Scientists have been studying various aspects of the placebo effect to see how it impacts each individual:
What is now recognized by science is that the mind is playing a powerful part in the process of healing, such as the personal beliefs and expectations of the patient, the symbolism and reaction of the patient regarding the size, shape, color of a remedy, how the doctor speaks to the patient, the strength of the ritual, etc. By ritual, I mean, it is found that an injection (and all that goes with it) seems to be more powerful than a pill; a surgery and all that goes with it, is even more powerful than the injection. So the mind believes something powerful is happening, even if it’s a placebo (a saline injection, rather than drugs; a sham surgery rather than a therapeutic surgery). By the way, 4 popular surgeries have been tested and found that placebo surgeries equal the results of the therapeutic surgeries!

The mind is closely connected to the body! What is the difference between health and disease? It is determined by our thoughts, our beliefs the way we use our minds.

Were these outward dramatic experiments necessary to activate the mind? Or could one induce their own mind toward healing effects?

Imagine if we could learn to still the internal chatter, those subconscious beliefs that run constantly about problems, limitations and lack. Instead, we could learn to experience life again in the present moment. Have you ever dropped a single stone into a quiet pond? What happens? Perfectly concentric ripples spread across the water. This is like having one thought only moving through the mind. The mind is coherent, it is orderly, and it is powerful.

The Art of Ascension teaches a series of procedures for the mind. These cause the mind to change from its old habits to new upward spiraling habits of creativity and possibility. This practice does not require concentration or effort. It is only necessary to devote the time to learn the practice.

Contact me for more information about how you can learn these simple techniques.